History of the St. Paul Organ 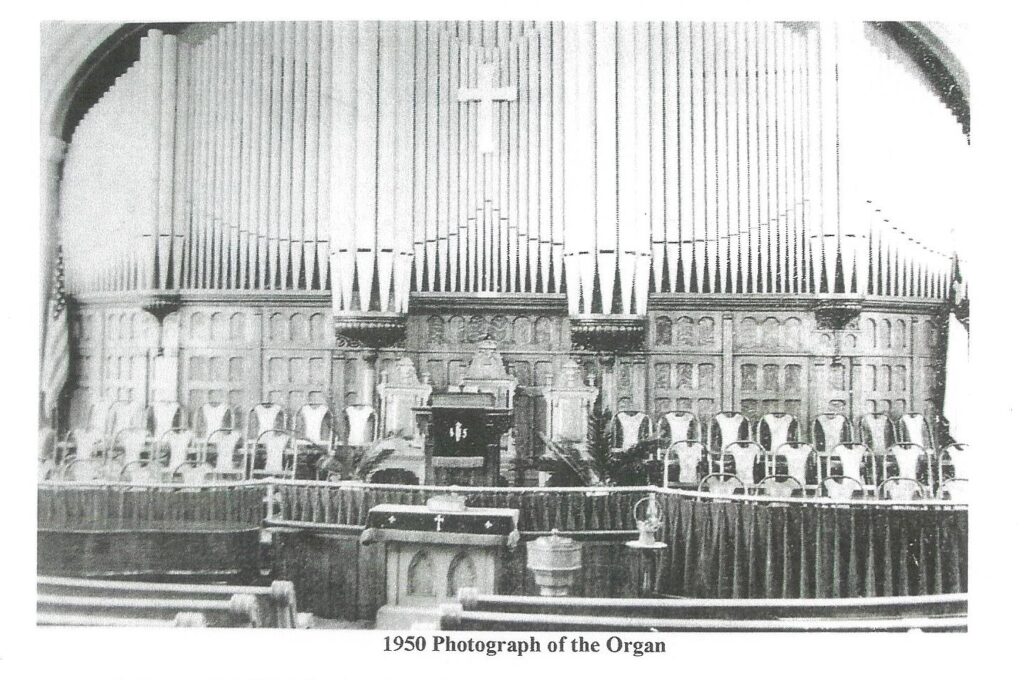 Andrew Carnegie (1835-1919) loved music and knew of music’s influence on people. Having made
huge sums of money over his lifetime, Mr. Carnegie spent part of his last twenty years giving to those needier. One method was by giving gifts to churches to purchase an organ. However, before many organ gifts had been provided, Mr. Carnegie realized that some standardization was required on how the gifts would be distributed. One effective means was the adoption of a rule to pay half the cost of the organ, leaving the congregation to raise the other half. Also before any giving was made by Mr. Carnegie, an application would need to be filled out by the pastor of the church to describe why the church should be considered for a gift. Sometimes addendums were required to obtain a more accurate description of the church’s need. Mr. Carnegie’s goal was to provide a modest organ to a truly needy church. Even with all of the requirements, thousands of churches have benefited from his generous giving.

A committee consisting of Louis Schneider, Wm. Kayser, Joseph W. Veit, and Harry H. Loth were given the duty of raising the church’s share of money to purchase a new organ with Andrew Carnegie’s grant. Once the required funds were raised, the Carnegie pipe organ was built and installed by the Hinners Organ Co. of Pekin, Illinois at a cost of $3, 175. Dedication was on January 8, 1911. In its original configuration, the organist sat behind the minister. Some parts of the air system have been replaced and the main organ has been rebuilt several times. However, these pipes still radiate beautiful music over 100 years later. (From Dan Bennett’s History of St. Paul United Church of Christ, Wapakoneta, Ohio)

During a meeting in August 2018 with Tom Denzel of Lima Pipe Organ he described the organ as a 19 rank organ.  Below is a description of the sounds which can be created by the 1,100 plus pipes.  There are more stops on the organ than ranks of pipes.  A rank of pipes produces one sound such as Viola or Salicional, each with 61 eight foot pipes.  There is one pipe for each key on the organ console.  However, some sounds are created by combining ranks of pipes when you press a key on the organ console.  The St. Paul organ has two pedal stops which produce sounds combining more than one rank of pipes.

In addition to the 1,100 air driven pipes on the organ there is a midi device which creates sounds electronically which are played through large speakers located behind the altar.  Additional speakers are located at the very rear of the church and it is possible to play those speaker alone or in combination with the speakers in the front of the church. There are more than 100 sounds ranging from violins to trumpets which can be played through the midi system.

St. Paul also has a recorder built into the system which permits recording the actual playing of an organist. When playing back the recording it plays the entire instrument much in the same manner that a piano roll would cause a player piano to play.  The recording device tells the instrument which keys should be played, which stops should be set, and duplicates the speed and expression of the recording organist.